The Bank of England has raised the interest rate for only the second time in a decade.

While the decision means that the 3.5 million people with variable or tracker mortgages will pay more, the rise will be welcomed by savers.

The Bank is sticking to its guidance that interest rates will continue to head higher, but only at gradual pace and to a limited extent.

The financial markets have taken this on board and are forecasting one, and perhaps two, rises of 0.25% before 2020. 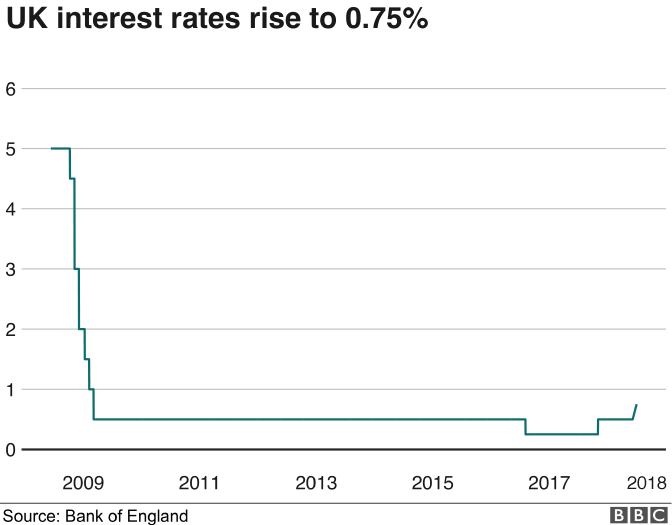